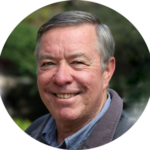 When you ask Bob, “When did you start being a winemaker?” he responds with, “In the dark ages.” Over half of Bob’s life has been spent as a winemaker. It is his driving force and passion for great wine and winemaking that makes him who he is.

After earning a degree in Fermentation Science from the University of California at Davis in 1973, Bob held a harvest crush position at Louis Martini winery, where he says he truly learned how to make wine. He continued his winemaker journey at Concannon Vineyard in Livermore, California. While there, Bob helped update the winery’s century-old facility. He oversaw the production of all of their wines including Petite Sirah, Cabernet Sauvignon, Sauvignon Blanc and a got his first experience working with international grapes with a Russian varietal,  Rkatsiteli.

In 1981, Bob became the winemaster/production manager at Stag’s Leap Wine Cellars in Napa Valley. During his four years at Stag’s Leap, he worked with Warren Winiarski producing world-class Cabernet Sauvignon along with Merlot, Petite Sirah, Chardonnay and Sauvignon Blanc.

Bob then spent two years at Guenoc, again as winemaker and production manager. From 1987 to 1996, he was winemaker and vice president of production at St. Supéry in Napa Valley. He supervised the building of the winery and was responsible for overseeing the winemaking for all of the St. Supéry programs.

In 1996, Bob started his own consulting business called Wine Production Specialists. As a consultant, he managed production, blending and bottling more than 450,000 cases of premium wine for six clients annually. Bob’s experience and reputation as a world-class winemaker have made him a sought-after consultant internationally. He has done so on projects in Chile and the Republic of Georgia. He also taught the Advanced Winemaking and Winery Management course at Napa Valley College. In addition to crafting Broman wines, Bob also consults for other wineries. 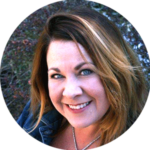 Though living in Napa Valley and being exposed to wine-country living from a young age, Lisa’s interests had always leaned towards politics; after helping out with local campaigns, she realized that wine was her true calling and shifted her focus to the business in which her stepfather, winemaker Bob Broman, was entrenched.

Throughout her career in wine, Lisa worked at several well-known wineries ranging from small boutiques to established corporations — developing long-lasting working relationships with industry leaders including retailers, wholesalers and restaurateurs.

When the opportunity arose to work with her family at Broman Cellars, Lisa joined as the winery’s Director of Sales and Marketing. Believing in the power of family wineries, Lisa is a founding board member of NG: The Next Generation in Wine, a group of next-generation family members of a number of Napa Valley wineries that collaborate on marketing and education. Lisa is studying for the CSW (Certified Specialist of Wine) exam with the plan of achieving the CWE (Certified Wine Educator) certification. 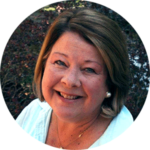 Deborah’s favorite thing about being a small business wine owner is the opportunity to work closely with her daughter and husband while making friends and a small difference in her community. Of course, she enjoys drinking the wine!

While Deborah helps out with the winery, her day job for the past 23 years has been selling Napa Valley real estate for Coldwell Banker Brokers of the Valley. She also has an extensive background in marketing and public relations. You will often find her pouring alongside Lisa at charitable functions, as one of her biggest passions is to better the community and a few choice causes and organizations within it. These causes include children, education and animals.

WINE, FAMILY AND FRIENDS ARE AT THE HEART OF EVERY BOTTLE

Broman Cellars is a family-owned and operated winery, dedicated to handcrafting superior quality wines through uncompromising attention to detail in the vineyards and winery. We are devoted to handcrafting only the finest wines for you to enjoy with your family and friends.